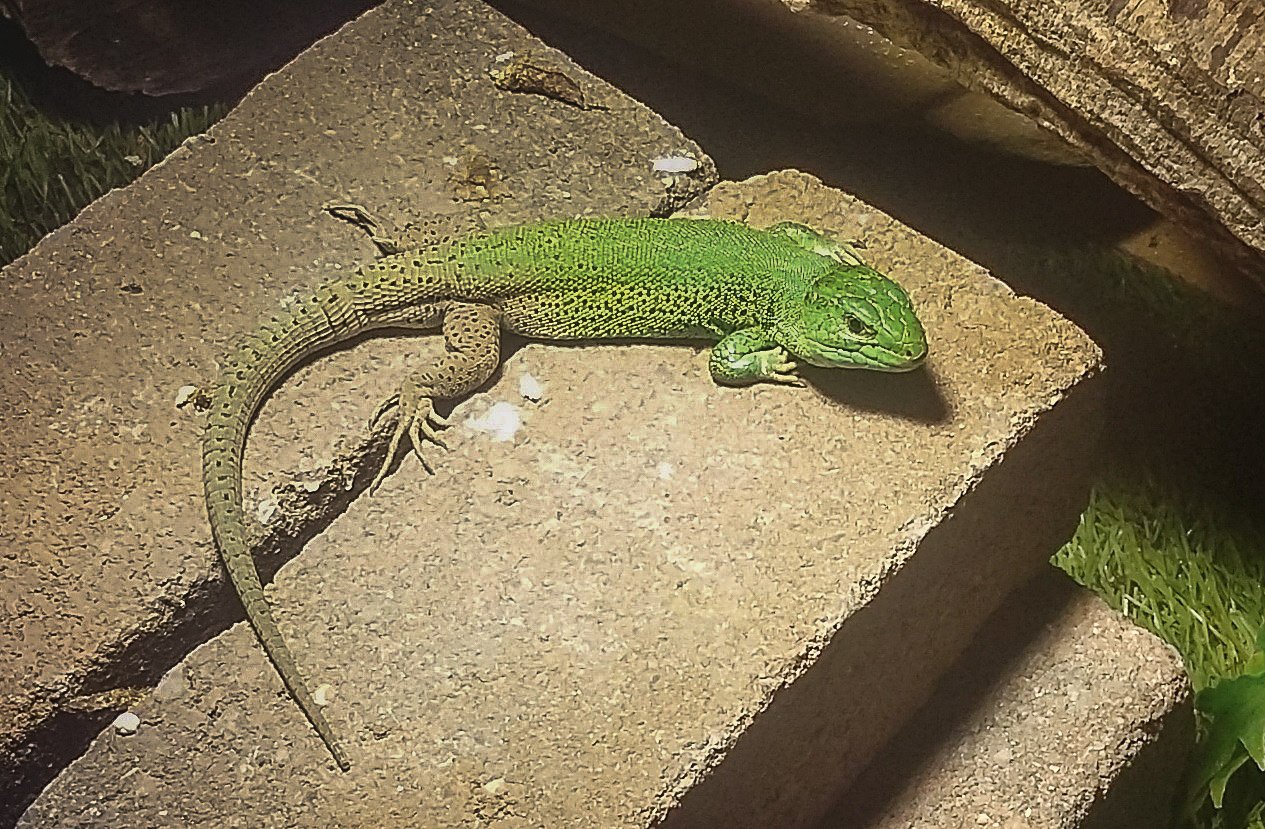 This article is about keeping and breeding the Caspian Green Lizard (Lacerta strigata). The author describes his experiences with various couples he kept, and the somewhat successful breeding of the third couple. In five clutches 29 eggs were laid, some of them infertile, some of them containing young animals hat never hatched. From these eggs a total of only nine healthy young were born, possibly due to the relatively young age of the female. There is also a short discussion about the aggressiveness of the species. One couple could not be housed together, due to the aggressive nature of the male, and five young from one clutch were so intolerant towards each other that three of them lost their tails. The animals seem to be more aggressive in indoor vivariums than outdoors, though the author concludes it’s too early to pinpoint an exact cause.