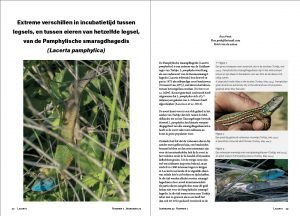 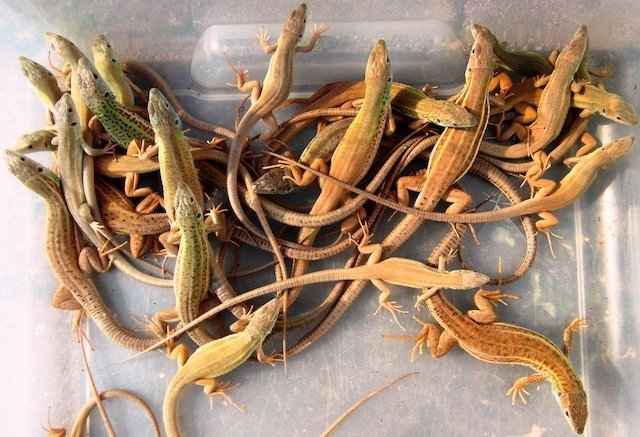 Extreme variation in incubation time between clutches, and between eggs of the same clutch in the Pamphylian green lizard (Lacerta pamphylica)

In this article the author has investigated the incubation time of nine clutches from five females of this species, which resulted in some remarkable observations. Incubation time of clutches varied from 74 to 124 days before the first egg hatched. Also, the time between hatching of the first and last egg of the same clutch was extremely variable and ranged from 13 to 29 days. These observations indicate that the reproductive biology of the Pamphylian green lizard displays some features not observed in other species of large green lizards. The evolutionary advantage of these unique reproductive features is not directly clear. In view of the arid climate conditions in summer in Southern Turkey, the large variation in incubation time between clutches and between eggs of the same clutch may ensure that at least some of the juveniles are born during periods of favorable weather conditions. This might increase their chances of survival.